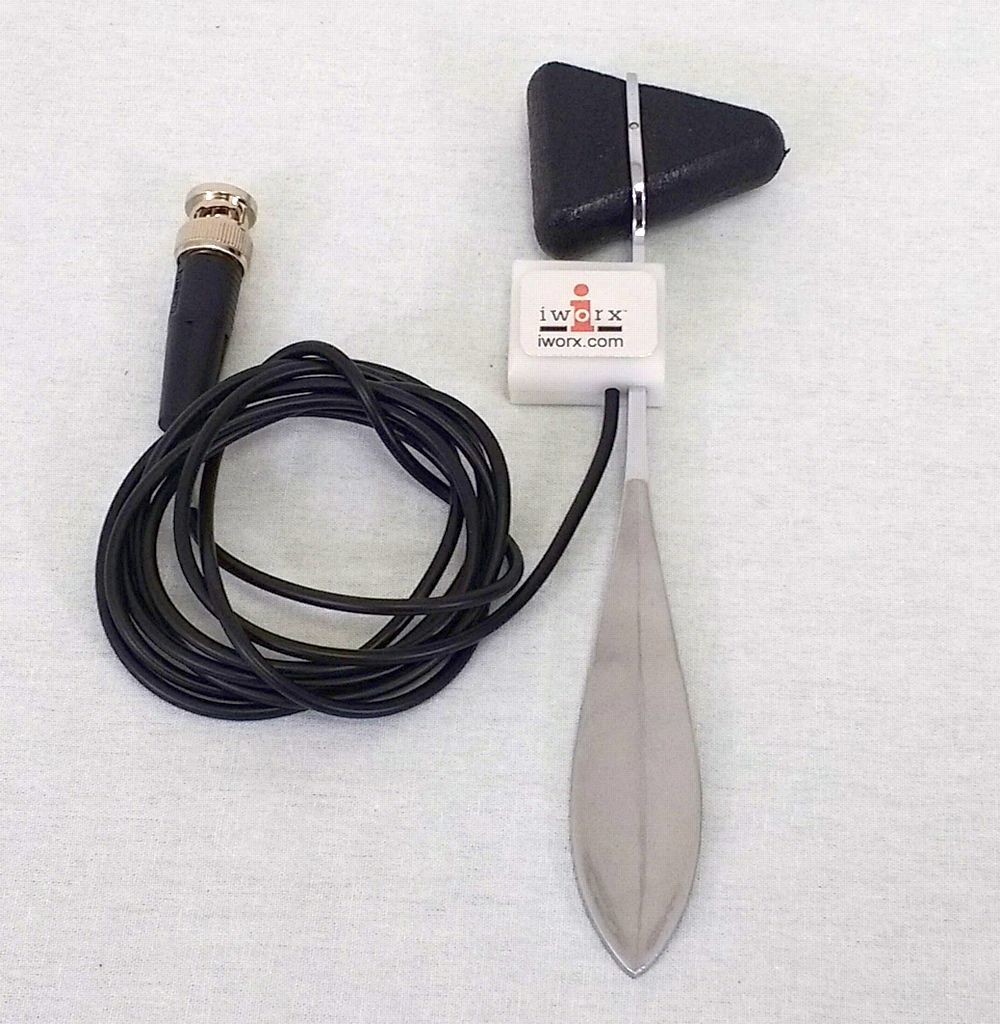 determined by measuring the amplitude of the strike.

A piezo sensor is attached to the head of the hammer. When compressed

or stretched, the cable generates a voltage that is somewhat

proportional to the force of acceleration/deceleration;

there must be an impact to generate a response signal—just

swinging the hammer in the air will not produce a response.