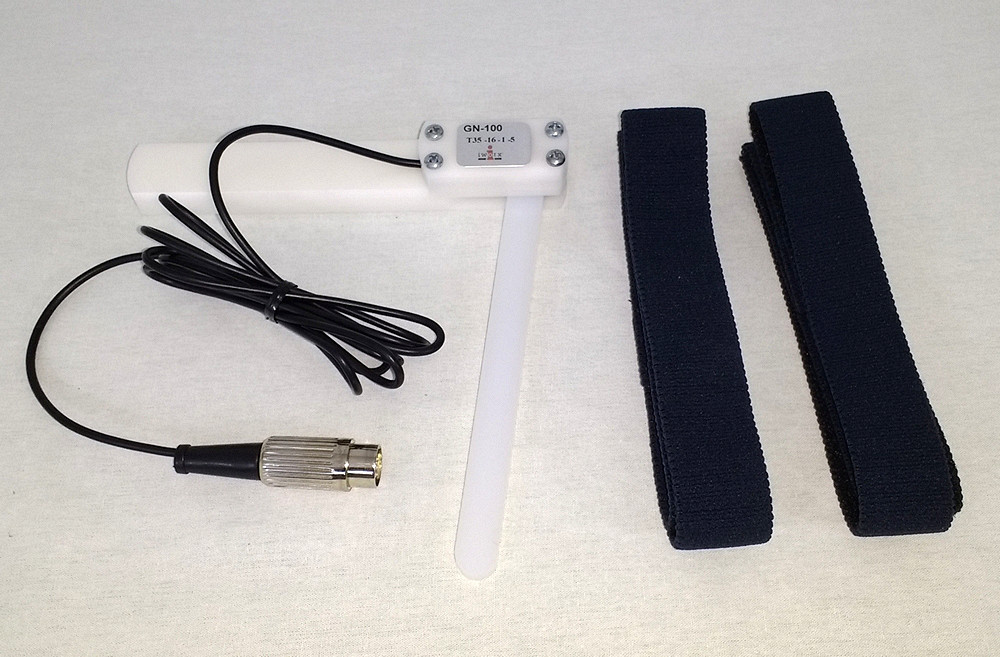 The GN-200 Single-Axis Goniometer is a device that can easily measure the degrees of rotation around a joint. The goniometer is composed of a stationary arm that is mounted on the part of the body that does not move, a moveable arm that is attached to the body part on the side of the joint that moves, and a sensor that generates a voltage output that is proportional to the angle between the two arms of the GN-200.